Museum Seni Rupa dan Keramik (Fine Arts and Ceramics Museum) is located at Jl. Pos Kota No. 2, Jakarta Barat/West Jakarta, close to Jakarta Historical Museum and Puppet Museum. The Building of the Fine Arts and Ceramics Museum, was built in 1870, which were the work of an architect JHR. W.H.F.H. Van Raders. The building has a Neo Classical architectural style. Initially the building was used as a Court of Justice of the Batavia (Raad van Het Justice Binnen Casteel Batavia) in January 21, 1870, when the Dutch East Indies governed by the Governor-General Picter Mijer. During the Japanese occupation and the struggle for Indonesian independence, the building was used as a dormitory of the Nederlandsche Military Mission by KNIL. During post independence this building was submitted to the military and used as a military logistics warehouse. Later in 1970 – 1973 this building was used as the office of Mayor of West Jakarta. 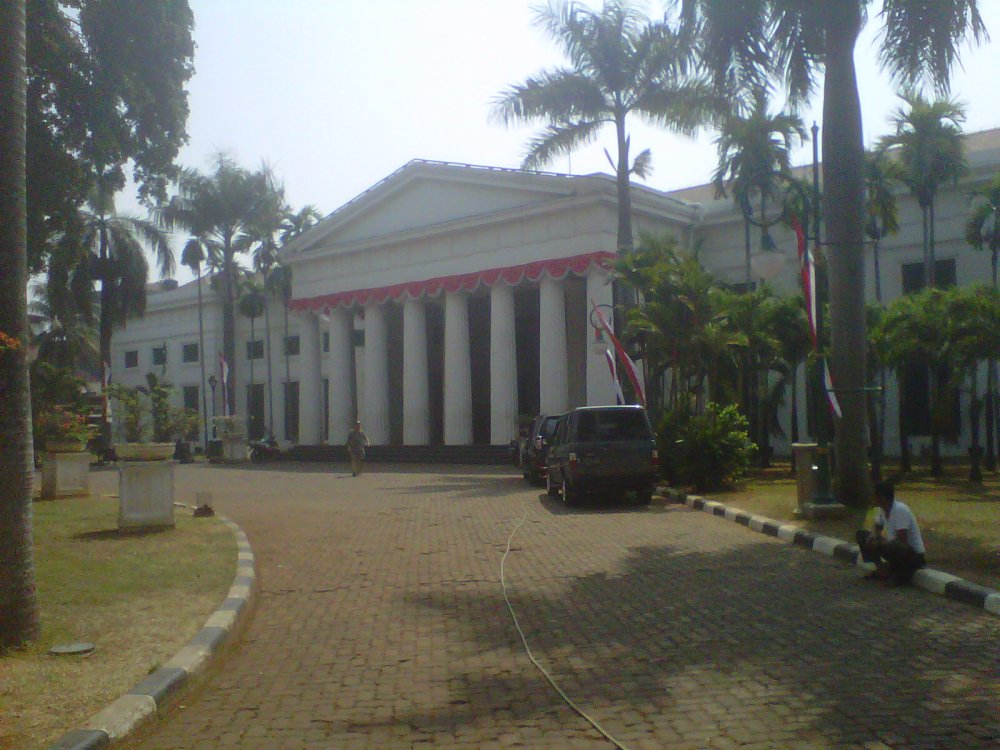 The museum is well laid out, with a nice layout and good lighting as well, and in all the room you are greeted by cool air from the air conditioning system throughout the museum. In the middle of the museum there are two beautiful yard with green trees and equipped with seating places surround the yard

From Juanda/Gondangdia /Cikini go to platform 1 and take the Red Line or Blue Line to Jakarta Kota. Go to the north exit and take a 5 minute walk to the north