Taman Menteng or Menteng Park, located on Jl. HOS Cokroaminoto, was built on a land that was previously used by Menteng Stadium, a base camp for Persija (an Indonesian football club based in Jakarta). The stadium was first established in 1921 by two Dutch architects, FJ Kubatz and P.A.J. Moojen. In the history of Indonesian football, the stadium has produced a number of legendary players, such as Djamiat Kaldar, Abdul Kadir, Iswadi Idris, Anjas Asmara, dan Ronny Pattinasarani. 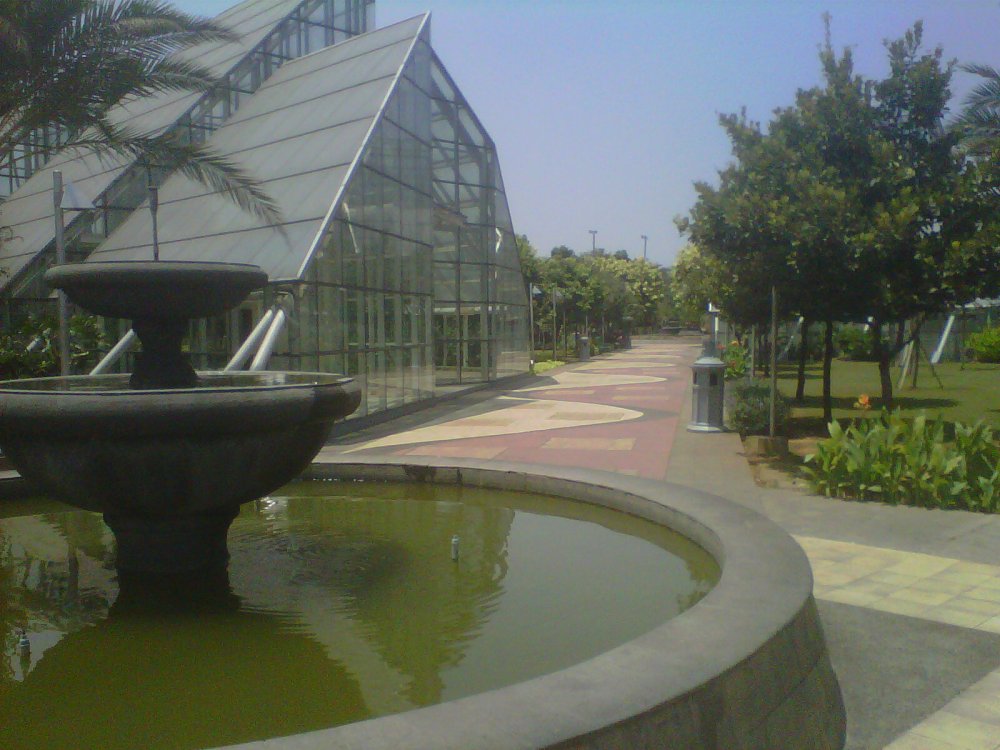 But then Menteng Stadium undergone a shift of its supposed function. Maintenance was also very minimal, which caused this stadium to slowly turn into a slum area. Therefore, the Governor of Jakarta, Sutiyoso, took the initiative to change the Menteng Stadium into a public area in the form of a city park, which was inaugurated on 28 April 2007. The park was built to increase the number of green open space in Jakarta.

The Menteng Park is built on an area of 30 hectares. This park embodies more than 30 species of ornamental plants, a playground for children, two indoor football courts, 1 volleyball court, and 1 basketball court and it is open 24 hours a day. In addition, 44 pieces of infiltration wells were constructed in the garden area as rain water uptake. The park has also two greenhouse buildings that can be used as an exhibition space or a variety of other events. To use indoor football courts and basketball court, you must register in advance at the park’s office.

From Tanah Abang go to platform 3 and take the Yellow Line heading to Depok/Nambo/Bogor and stop at Sudirman, and take a 15-minute walk to the northeast.

For a map illustration, click here, or see the map below.