Ondel – Ondel is a giant puppet that becomes the main characteristic of the Betawi people. Ondel-Ondel about 2.5 meters tall and it is made using bamboo. Parts of it are made sort of fence or cage chicken so easily shouldered by man who took the puppet. This doll is driven by a person who entered into the puppet. Ondel-ondel face is arguably the “creepy” because of large-round bulging eyes and his head covered with color paper fibers as hair. The performance of  Ondel-Ondel is always carried a pair: male-female. Male Ondel – Ondel face is colored with crimson while women Ondel – Ondel is colored with white 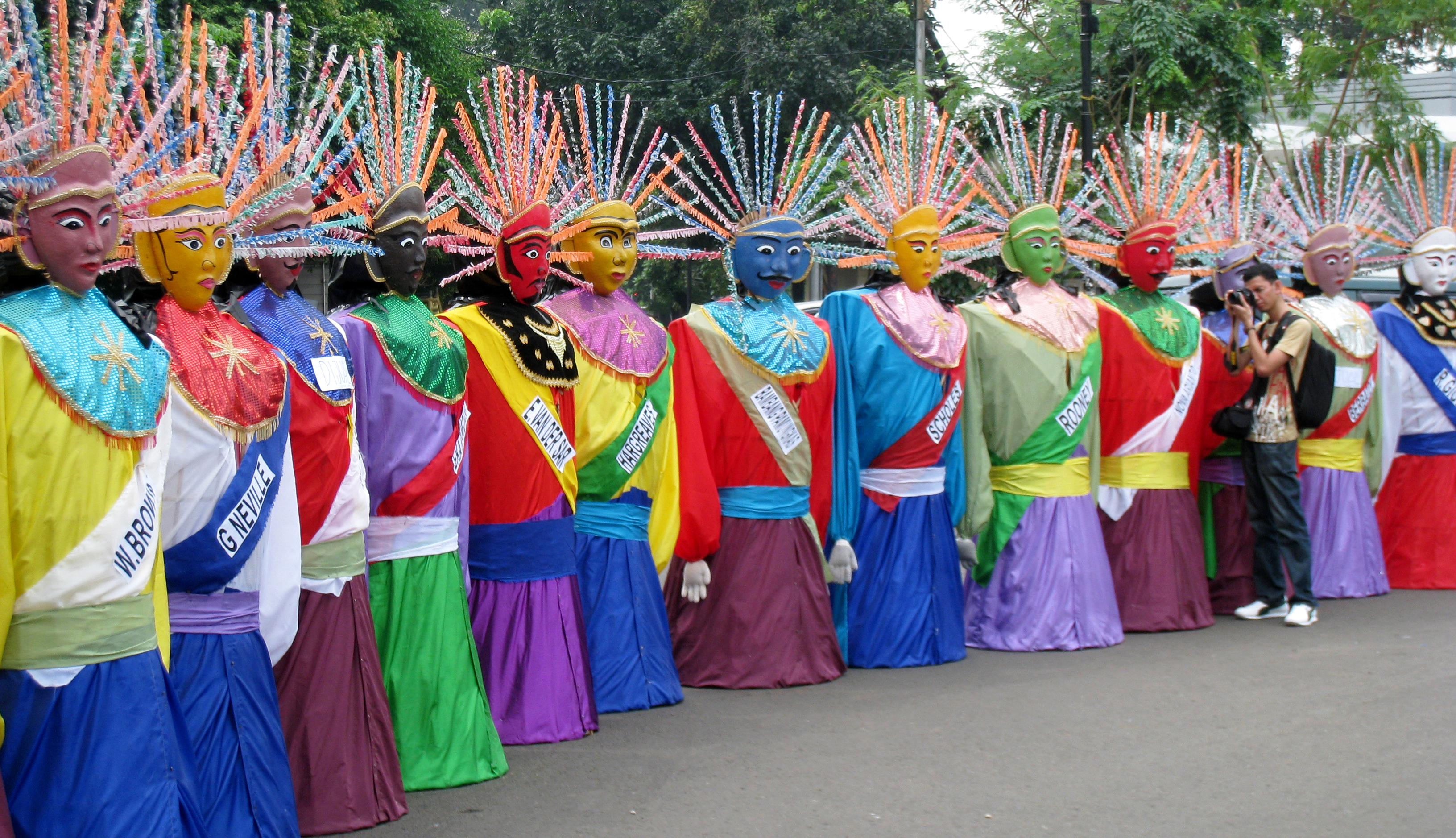 Ondel-Ondel was already existed before the spread of Islam in Java. Ondel Ondel a long time ago functioning as repellent reinforcements or some sort of amulet. Ondel-Ondel also used as ancentral personification of the village guard on duty to drive away spirits that haunt the human.

Because initially serves as a personification of ancestors as protectors, then ondel-ondel included in a form of theater without a speech that act only with the typical musical accompaniment, such as tanjidor, bende, ningnong, and ketimpring tambourine

In the era of Ali Sadikin as Jakarta Governor (1966-1977), ondel-ondel transformed into an entertaining folk performing arts. Ondel – Ondel usually presented in Betawi folk celebration event, welcoming guests, and present in the party of the Betawi people.

picture is taken from here