I myself do not quite know since when 0 km of Jakarta move to the National Monument. But at least we know that since the time of the VOC until the independence of Indonesia, 0 km of Jakarta was still in the Lookout Tower. At least from the inscription, signed by Governor Ali Sadikin in 1977, tells us this important history. The inscription was there to commemorate the Jakarta 450th anniversary. 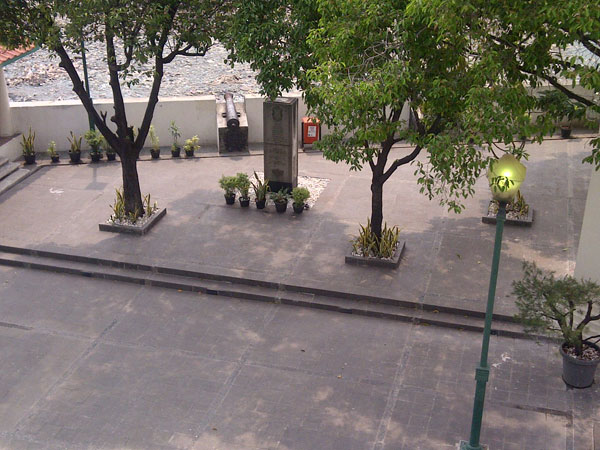