In the beginning of October, PT KCJ installs new kind of chair in Manggarai Station. These changes were made in order to provide the convenience for passengers while waiting on the platform. According to Eva Chairunisa, Communication Manager of PT KCJ, this concept has been used in several other countries. The company felt this concept is more effectively and no need bigger spaces and it can be used by many people. 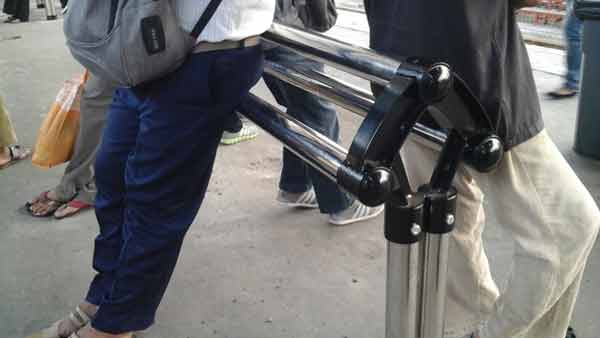 However, these changes have drawn criticism. Nurcahyo, Coordinator of KRL Mania argue when the train schedule have no delay or or free of interference, the new type of bench model can be understood.

Regardless of the debate, Tanah Abang station had already felt the new model of the bench

Well, I kindly agree to Nurcahyo. The company should take seriously on the schedule issue before changing the original benches