On a sunny Sunday, I actually did not plan to travel to Jakarta City Hall. Initially I just wanted to visit Lenggang Jakarta, but since the location is quite close, so I was interested to visit City Hall

Every Saturday and Sunday, the Jakarta City Hall is open to the public. On weekdays, entered the governor’s office in Jakarta is impossible to do but we’ve got an appointment with the governor.

Alone and walk from the Gondangdia station, I entered the office of the Governor of Jakarta’s yards. It turned out to be able to follow the tour of City Hall, we are required to gather and guided by a tour guide. Do not worry, if you are alone, just waiting for a moment on the porch City Hall and people – people will gather by itself. 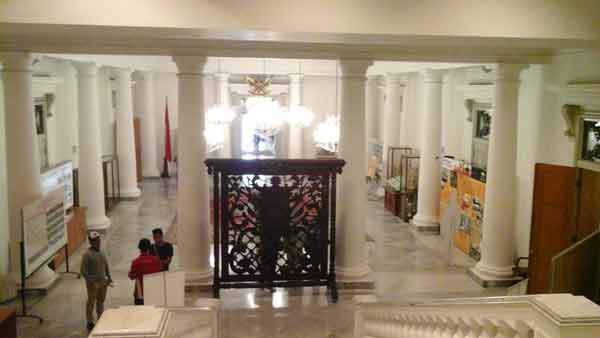 The tour guide will explain each room in City Hall including the history of the building and a brief explanation of the Jakarta governors. Entering the City Hall, we will be in Transit Waiting Room, where all Governor guest were waiting to be accepted by the Governor

From here, then we are shown the Governor living room, a place where the governor received guests. 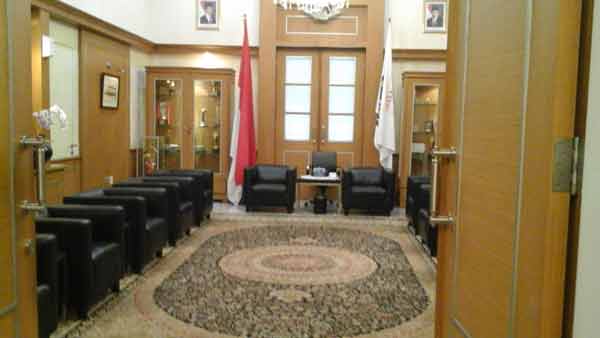 Opposite of the living room is the room where the Governor office.

Then we entered the room of where all the leaders Jakarta pictures are displayed, unfortunately I forgot the name of this room.

From here, then we are go to the main hall where we can take pictures with Photo Stand of Governor Ahok.

Then we were directed to the little room where the land acquisition team hold meeting.

On the second floor there is the Great Hall, where the official inauguration of Jakarta high rank official and if Saturday and Sunday, this room is functioned as a place to watch movies 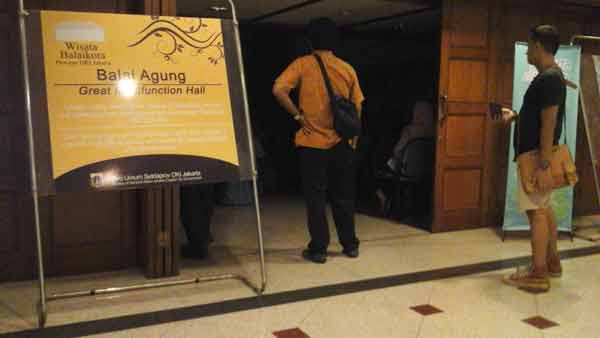 As an alternative tourist spot, trace Jakarta through City Hall is worth to try and just hope the program is still continue if we have another Governor in office