The station was built in 1912 by architect Ir. J. Van Gendt and it was inaugurated on 1 May 1918. This station is the former station Mij Spoorweg Netherland Indies (NIS) and Staat Spoorwegen (SS). At the time of the revolution, the station is used when the Government of Indonesia decided to move the Indonesian capital city from Jakarta to Jogjakarta. 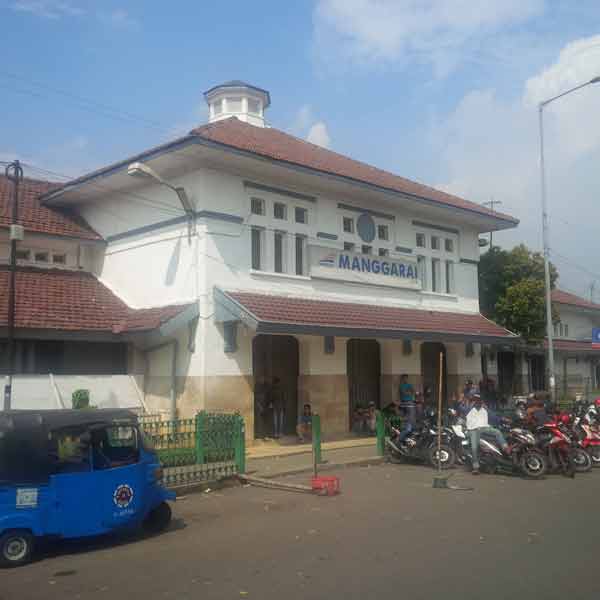 The trip of President Sukarno and Vice-President M. Hatta, who started from Manggarai Station is a marker for transfer the capital city of Indonesia. By the government decree, the station was designated as a historical heritage objects through Minister of Tourism Decree No. 011/M/1999 dated January 12, 1999.