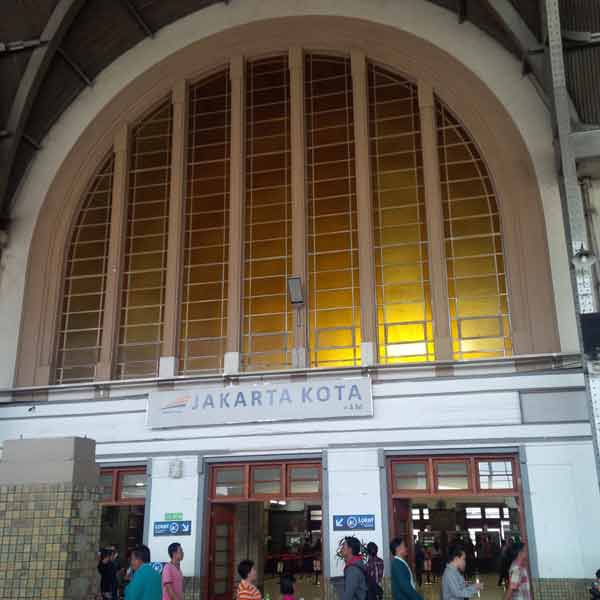 Jakarta Kota Station originally built in 1870, then closed in 1926 for the renovation of a building. The construction was completed on August 19, 1929 and was officially used on October 8, 1929. Inaugural event conducted on a large scale by planting buffalo head by the Governor General A.C.D. de Graeff. Jakarta Kota station is a masterpiece of Frans Johan Louwrens Ghijsels,  a Dutch-born architect. This station also known as Het Indische Bouwen expression that is a combination of structural western and modern techniques combined with traditional forms of local people. With art deco dressing, it seemed a simple Ghijsels design. In accordance with ancient Greek philosophy, simplicity is the shortest way to beauty. Jakarta Kota station silhouette can be felt through the composition of the mass units with different heights and roof forms.

Jakarta Kota Station has the largest railways and platform in Indonesia. There are 12 platforms and 12 railways. This station is an objects of historical heritage through the Minister of Culture Decree No. PM.13/PW.007/MKP/05 dated 25 April 2005.