Jakarta is well known for the traffic jams around the city in almost every hours and days. Traveling around Jakarta to visit many places is almost impossible to do in one day, concerning the area of Jakarta which more similarly to a state.

But there are always many options to have to travel around Jakarta. (picture is taken from here)

From the Airport to City Center

There are many transportation options avaliable from Soekarno Hatta International Airport to the city center. You can take the SHIA Express Railway Line or take  a bus or take a taxi’s if you wish to get to the city center of Jakarta. By the way, Damri Busses from the Airport also have an apps.

Getting Around the City

There are many options to travel around Jakarta with public transport. But if you want to use private car you can use Waze app to assist you travelling Jakarta. Or alternatively you can use Taxi like Bluebird, Go Car, Grab Car, or Uber.

Now, let us show you how to travel around Jakarta with some of the public transportations

Unlike any other countries, ojek is widely used in Jakarta although they are not part of the legalized public transportation. You can see them nearby the bus shelters or the commuter train stations. You have to bargain the price with an independent ojek driver may Alternatively you can use Go Ride, Grab Bike , or Uber Motor and there is no need to bargain the price 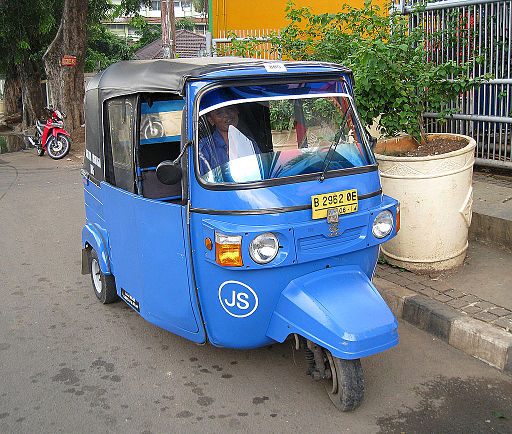 This is a very unique mode of transportation. It is a 3 wheel vehicle with blue or orange colored. You should mention the place that you want to visit and bargain for the price. Just remember, it is a non air conditioned vehicle. Most of the drivers do not speak English. 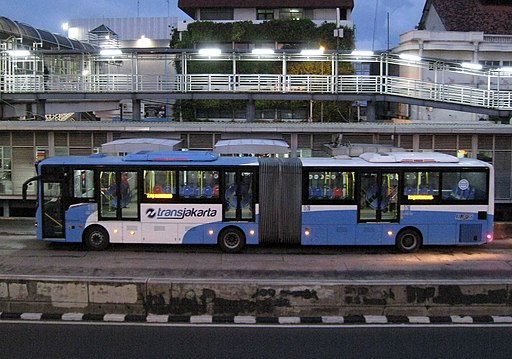 TransJakarta is a BRT system which is modern and managed by the Jakarta Administration through PT Transportasi Jakarta. It was the first BRT system in Southeast Asia and they began operations on 15 January 2004. It was designed to provide the citizen with a comfortable, affordable, and timely public transportation

The TransJakarta run in dedicated lanes and ticket prices are subsidized by the regional government. The ticket fare is a flat rate of Rp 2.000,- at concessional times (05.00a.m. to 07.00a.m.) and Rp 3.500,- at all other times. The transjakarta use the compulsory electronic ticket with the use of electronic money issued by several banks such Flazz BCA, Tap Cash BNI, Brizzi BRI,  E Money Bank Mandiri, Jak Card Bank DKI, and Mega Cash Bank Mega. You can buy those kinds of cards with Rp. 40,000 (it is a reusable card) and Rp. 20,000 of credit. 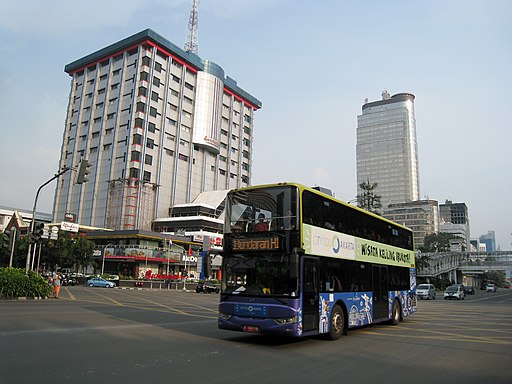 This is a new service from TransJakarta. It is a double decker and free ride bus tour and they have 4 route from History of Jakarta Route, Modern Jakarta Route, Art and Culinary Route, and Jakarta Skyscrapers route. Please see the Jakarta Explorer Bus route map here.

Now the commuterline, a brand name of PT KCJ, a subsidiary company of PT KAI, is the only commuter train connecting Jakarta and the surrounding cities. CommuterLine have 6 lines, 72 stations, and operates along 184 km. They operate 886 trips with 76 train set per day and serve more than 833.000 passengers per day or more than 34.000 passengers per hour.

Commuterline is operate since 4.00 and finish it’s operation in midnight.

To use the services, you need to have a multi trip card or widely known as KMT. It can be purchased for Rp.50.000 with Rp. 30.000 as the initial credit. You may use some electronic money issued by the bank such as Flazz BCA, Tap Cash BNI, Brizzi BRI, and E Money Bank Mandiri. The same electronic money issued by the bank can be used to travel with TransJakarta too. If you use this kind of card, please make sure you have minimum credit of Rp. 12.000

Alternatively you can pick a single trip card with guaranteed fund or widely known as THB. The guaranteed fund is Rp. 10.000 that can be obtained if you return the THB card to the stations officer within 7 days since purchasing.

CommuterLine fares is based on the distance travel. For the first 25 km is Rp. 3000 and for the next every 10 km is Rp. 1000. Well, basically if you are not to getting out of the Station or in other just travelling around the corner with the train, you may just spend less than USD 0.5